Smashed! Bike 'Round the World Record

At noon today GMT, Brit Mike Hall pedaled wearily into Greenwich, London, from where he departed on his journey February 18. In the ensuing three months and odd days, he’s pedaled through Western Europe, the Balkans, India, Australia, New Zealand, and the U.S., covering 18,000 miles (or 8.4 Tours de France) along the way and smashing the round-the-world cycling record by two whole weeks. 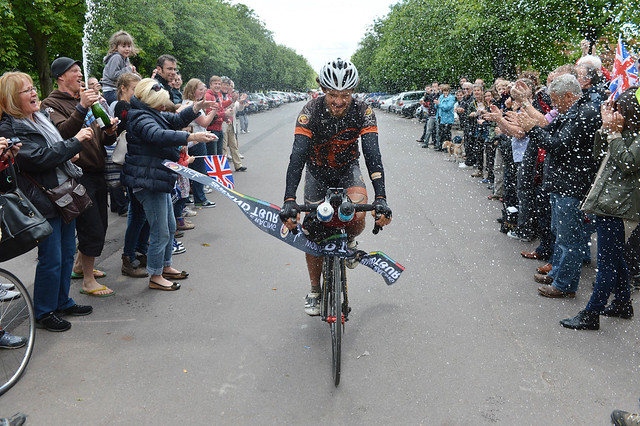 Hall was one of 10 trying for the record—deemed by Guinness to mean at least 18,000 miles cycled along a route that includes two points on opposite sides of the globe—as part of the World Cycle Racing Grand Tour. He covered the distance in 92 days—time spent flying from place to place, or waiting on planes, isn’t counted—and his nearest competitor is still about 5,000 miles off his pace. 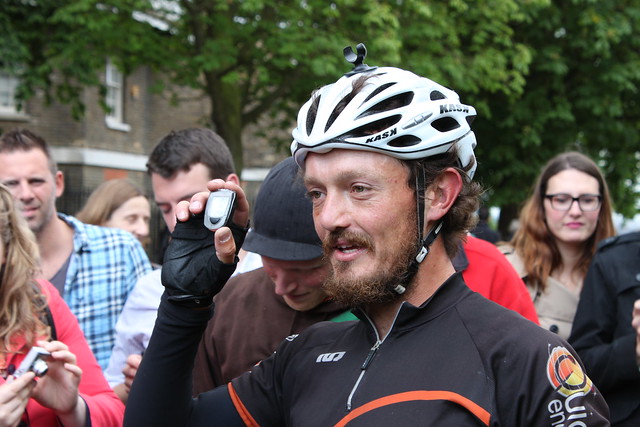 How did Hall do it? By keeping it light, and by not stopping for anything. He rode unsupported, with an entire kit—including bicycle and gear—that weighed in at around 35 pounds. It was a taxing effort on Hall’s part, to be sure. He told The Guardian today that the physical and emotional stresses of his solo effort took their toll: “There’s been some moments, some kind of breakdowns, but I keep the breakdowns on the bike, I don’t stop for those.” That’s some steely determination, but the ride wasn’t without rewards. He also saw “some seal colonies off the coast of California, they were pretty cool, and there were some eagles in Turkey.”

Elsewhere at The Guardian, Bike blogger Peter Walker raises a salient question: What’s the point of it all? Informed by his own 7,000-mile slow ride from Australia to the UK, he argues that the real point of long-distance cycling is the sense of time it gives you. You can explore the world, meet people and find adventure at your own pace, without the urgency that dogs the majority of travel that’s taken on too-short vacations. He writes:

“Odd as it sounds, the cycling wasn't, in fact, really the point. There are dozens of days from which the route or scenery remain imprinted in my mind, but it was the people who made the trip: the Tibetan family who took us in, fed us and waved away offers of money after we were stranded overnight between towns; the tiny Chinese town just over the Laos border where an impromptu delegation trooped off to find their sole English speaker so she could arrange our accommodation and talk us through restaurant dishes; the Dutch family in a camper van who overtook me (just me by this point) as I ascended a Swiss mountain pass only to pull over and decamp en masse from the vehicle in the pouring rain, solely to cheer as I wheezed upward.”

The takeaway here is that Hall mastered the grueling art of speed touring, but please don’t try this at home. Instead, should you attempt a long-distance cycling tour, travel light and enjoy the ride.