Here's How Much Yoga It Takes to Truly See Results

Scrolling through Instagram, it seems like everyone you know is nailing single-arm balances and handstands (in front of a mountain or on a picturesque beach, no less). But for those of us who aren’t hardcore about the practice, simply holding downward dog can be challenging.

The good news: You don't have to be the most flexible person in the room to reap the benefits of practicing. Still, you may wonder what good the occasional yoga class is doing for your body and mind. Well, let out an “om:” You don’t need to hit the yoga studio every day (or even at all) for significant benefits, both physically and mentally.

Reasons to Roll Out the Mat

Whether you're aiming for the flexibility of a gymnast or just a calmer mind, yoga has immeasurable benefits. Physically, yoga has been shown to improve flexibility, posture, and balance; strengthen bones; and increase muscle strength.

There are plenty of overall health perks too: Research shows that yoga can decrease inflammation, boost immune system function, and improve symptoms associated with chronic health conditions, such as type 2 diabetes, cardiovascular disease, and cancer.The practice can also do wonders for your mental health and mood, reducing depression, stress, and anxiety. But can an average person actually reap these benefits, or do you have to spend half your salary on unlimited access to a yoga studio to see a change?

The (Short) Road to Happiness 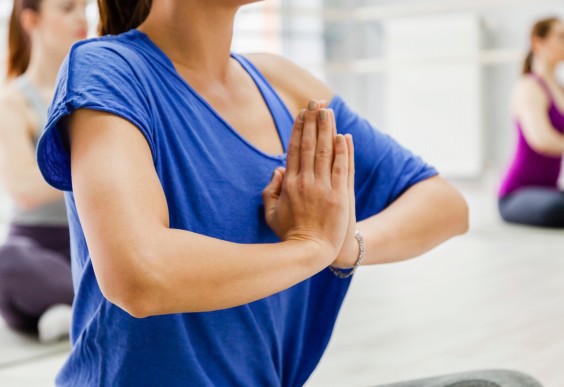 First things first: “We know from exercise that the more you do, generally the more benefits you get,” says William J. Broad, a science writer and author of The Science of Yoga. “Yoga is no different. Practicing once a week is good. Practicing three to four times per week would be better.”

But just like yoga pants, one size doesn't fit all. Loren Fishman, M.D., a back pain specialist who studied yoga and uses it in his rehabilitative practice, believes that even one minute spent in practice can be enough to reset someone's outlook: “One minute in meditation can have a frustrated, angry, terrible-feeling person feeling resourceful, kind, and fun,” he says.

While this way of thinking probably won't lead to Cirque du Soleil-level moves, that doesn’t mean you won’t see—or feel—results.

“Practicing yoga once a week gives you a time every week to focus on your breathing, which in turn, allows you to be present,” says Heidi Kristoffer, a yoga instructor at The Movement. “Being in the present moment gives you a total time-out from the rest of the world and resets your system.”

Physically, a one hour yoga class won’t tout the same calorie-blasting effects as 60 minutes of cardio. But it will increase your blood flow, get your oxygen moving, and, “get any stuck parts of your body ‘unstuck,’” Kristoffer says.

“If you commit to a weekly practice, depending on the class you take, your flexibility will improve over time, leading to fewer injuries, and you will experience toning in all of your muscles,” Kristoffer says. “Not to mention a stronger core, which leads to less back pain.”

What the Research Says 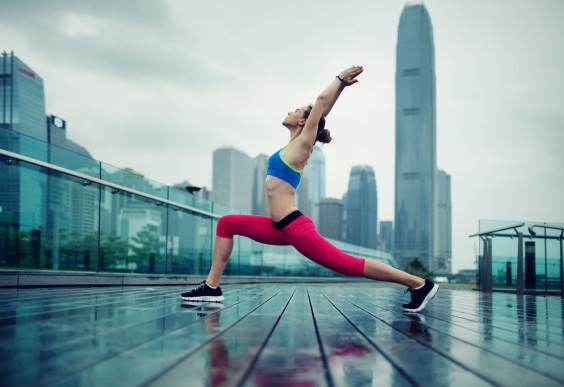 Studies back up these claims: One found that a single yoga class for inpatients at a psychiatric hospital had the ability to significantly reduce tension, anxiety, depression, anger, hostility, and fatigue. Another found that twelve weeks of either once- or twice-weekly hatha yoga classes were equally effective in treating lower back pain. And if you’ve been ditching yoga to make time for a more sweat-centric workout, know that research shows yoga is just as healthy for your heart as taking a cycling class.

Of course, if you don’t have time for a 60-minute class every week, smaller increments of yoga outside a studio can work wonders too: Just 10 minutes of yoga before bed can help you sleep better. Additionally, a recently released 10-year study of 700 participants found that just 10 minutes of yoga per day is enough to see improvements, at least when it comes to preventing osteoporosis and strengthening bones. (Think about it this way: Ten minutes is less than 1 percent of your day.)

So if you can't get to a yoga class, don’t sweat it. Another study found that the frequency of an individual’s home practice was a better predictor of positive health than how often they attended classes or how long they practiced. At-home participants also reported more positive mindfulness and well-being, healthier BMIs, better sleep, and even healthier food choices. 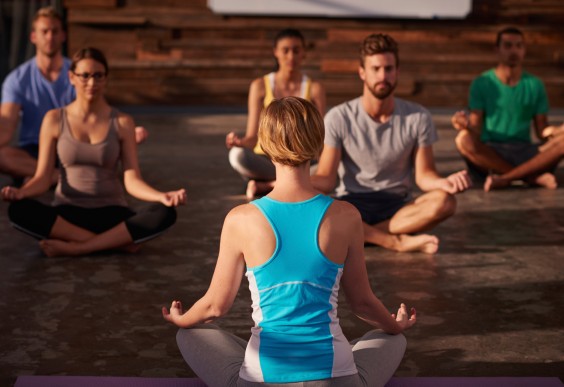 It’s clear yoga has mental and physical benefits that can be enjoyed by anyone with just a few minutes. But since there are so many different kinds of yoga, there’s no general rule to determine exactly how much yoga one person needs to see physical results. However, age may play a factor, Broad says.

“I would argue that a 20-something person who is in their prime of life and reasonably good shape needs less yoga to sustain their practice than someone in their 50s or 60s,” Broad says. One study analyzing the effects of yoga on women over 50 found that practicing asanas (yoga postures) even once a week led to an increase in the mobility of spinal joints and flexibility of the hamstring muscles.

Of course, if you want to evolve your practice and nail those mountain-top handstands, you should practice yoga several times per week, says Amanda Murdock, a yoga instructor at YG Studios who specializes in power yoga flow. “If you practice several times a week, you will see longer-lasting benefits, like better range of motion and flexibility, reduction in stress over sustained periods of time, and better posture, to name a few. You’ll also obviously see faster [physical] results.”

While you’ll benefit in the short term (feeling more open, better digestion, better sleep), a single yoga class per month will essentially have you starting from scratch each time you walk on the mat, Murdock says. It can be difficult to listen to your body when you are trying to figure out what you are doing in the class.

That’s why she recommends getting on your mat at least one day a week to become familiar with your body and to become aware of how you feel after practice versus before practice—which can become a powerful motivator to practice more often. It doesn’t have to happen in a studio (or even on a real mat), but the frequency can help you be in tune with what your body needs at the time.

“Yoga is a lifelong practice,” Murdock says. “That's why yoga is much more than just a workout. It's the mind-body connection and awareness that make a yoga practice powerful, beneficial, and sustainable.”

The verdict's in: Just one class can deliver some of the mind-body benefits of yoga. Still, to truly reap the physical and mental benefits and improve your practice, it's better to block off an hour for class at least once per week. Even if you can't, once you know the fundamentals of the practice, do a little bit every day at home, Broad recommends. “My own personal mantra is, ‘A little bit often is much better than a lot every once in a while,” he says.

7 Reasons Why You Should Meditate