Jordi Lippe—Ancient ruins have fascinated us for years, as they are the only tangible glimpse into the past that gives us an idea of how our ancestors once lived. And with the recent discovery of Superhenge in the United Kingdom, archaeologists have their tongues wagging at the thought another major piece of the prehistoric puzzle being solved. While they discuss in length about whether or not everything they know about Stonehenge needs to be rewritten, there are several other weird ancient rock formations that you should check out.

Related: 11 Things You Need to Know About Superhenge 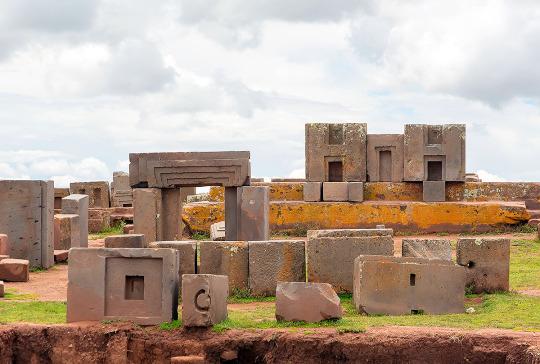 Travelers can visit what’s left of this massive megalithic complex. It’s impressive with its perfectly cut lines, artistic detail, and sheer size, but also because it was once considered by the Incas to be part of the site where the world was created. Located in the Tiwanaku Site near Tiwanaku, Bolivia, the configuration of these 14,000-year-old diorite stones baffle modern engineers. Why? Each weighs up to 450 tons, yet they are situated on top of a 13,000-foot plateau. 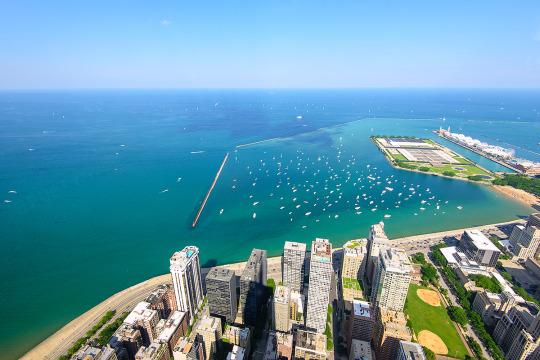 Somewhere in the depths of Lake Michigan might be the remains of the an ancient civilization. (Photo: Getty Images)

Who would have thought Lake Michigan would be home to a potential ancient site? Once believed to be just an old underwater shipwreck in the Great Lake, it turns out this large circle of stones resembling Stonehenge, which sit 40 feet below the surface, could be up to 10,000 years old, according to researchers. The giveaway is the carvings of mastodons on the stones — these are animals that coexisted with humans during last Ice Age. Unfortunately, this spot is so remote, you’ll have to settle looking at pictures of it for now. 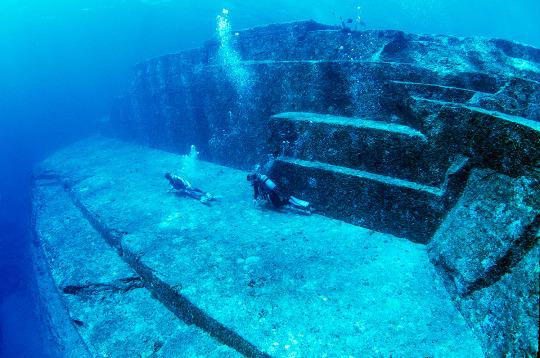 Could there be another Atlantis? With what appear to be staircases and terraces, this underwater rock formation is pretty clear evidence of an ancient civilization. Though it’s been around for about 5,000 years, it wasn’t discovered until 1985. You can explore this “lost world” by strapping on some scuba gear and heading to the southernmost point of the island. Bonus: The area is known for its hammerhead shark population.

Related: Discover These Mysterious Places That Glow in the Dark 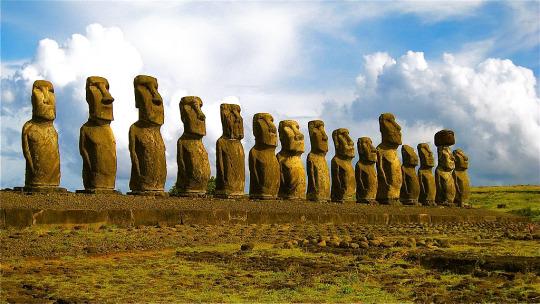 If the stunning beaches and crystal clear waters aren’t enough to make you want to head to this South Pacific Island, then the one-of-a-kind, anthropomorphic statues dating back to around 1000 A.D. certainly will. Built by the Rapanui people, these structures called “moai” are large, carved heads that were used for worship. Most are located in the main quarry, called Rano Raraku, but some were moved closer to the shoreline. All are accessible by car or bike after the 5.5-hour flight from Santiago, Chile. 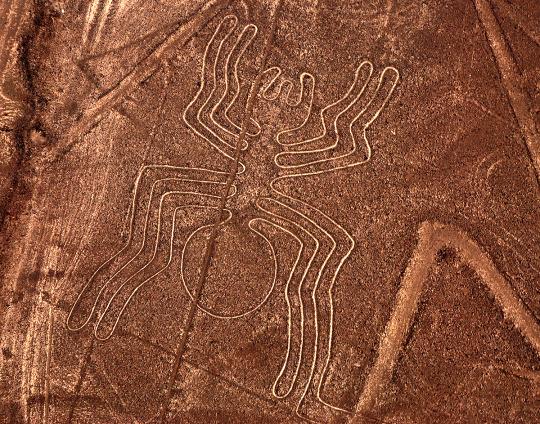 These Peruvian structures actually don’t look so impressive from up close. But head up to a nearby foothill in the Nazca Valley, and you’ll see close to 900 biomorphs and geoglyphs that are formed in shapes including a monkey, a spider, a hummingbird, a 1,000-foot long pelican, lines, circles, and more. There’s one straight line that stretches an impressive nine miles across. The images were created by brushing away the red rocks to reveal grey and white ones underneath. According to archeologists, some of the configurations may be from as early as 200 B.C.

The Trilithon at Baalbek, Lebanon 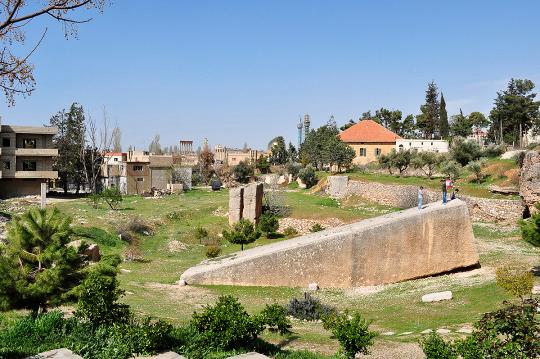 Visitors stand on top of the Stone of the Pregnant Woman in Baalbek, Lebanon. (Photo: Caroline Granycome/Flickr)

Visitors can marvel at the four chiseled stones that make up the base of the Jupiter Baal Temple — the largest hewn stones ever discovered. Three of them weigh around 750 tons, while the fourth (known as “Stone of the Pregnant Woman”) is a record 1,200 tons. The stones potentially predate Alexander the Great. 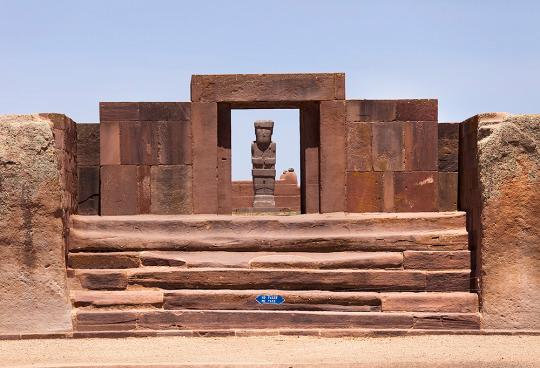 The complex and mysterious ruins and sculptures of the Kalassaya Observatory at Tiwanaku. (Photo: iStock)

Looking at this sprawling complex of ruins will you make you wonder how they were built and who built them. Well, you know as much as the next guy, since the answers are a mystery. Archaeologists have been able to date the detailed stonework and structures of the ceremonial area to over 1,000 years old, but little else is known about this lost civilization. Come up with your own hypotheses by visiting the site located on the southern shore of Lake Titicaca.

Related: They Will Rock You: Up Close with the Mysterious Moving Rocks of Death Valley

WATCH: Seeking Out a South African Muthi Master for Some Magic in My Love Life