Signing up for your first road race is an exciting yet daunting task.

A lot can go wrong. Chafing, bowel movements, and bloody nipples are just a few things newbie runners need to watch out for on race day. However, if you plan ahead, so much can go right—like an automatic PR (personal record), a huge sense of accomplishment, and an awesome overall experience.

To help ensure your race goes smoothly, we asked running enthusiasts, veteran racers, and even professional runners what they wish they knew before their first time. 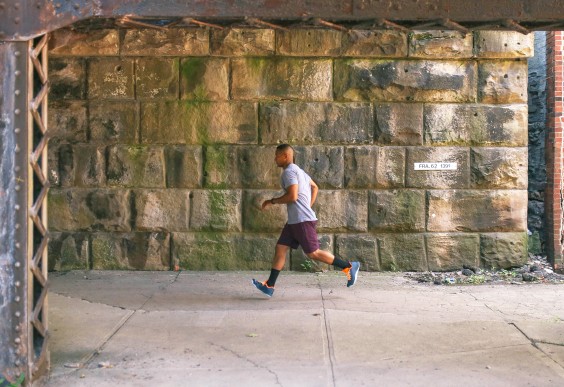 Go to the end of the line of volunteers at the water stations.

Don’t get caught in the panic and chaos that usually gathers around the first few volunteers. It’s a lot less hectic once you get past these people. — Katie Dobbs, four-time half-marathon finisher

After you've grabbed water at a station, get to the opposite side of the course ASAP.

After my first water station, I continued running on the inside track of the course and had cups of water thrown at me. It was a cold day and felt horrible. — John Beck, two-time marathon finisher

Salt is a life force.

Volunteers were handing out salt packets during my marathon, and by the end of the race, I was relying on it every couple of miles to feel renewed. — Becky Fitzmorris, marathon finisher

Bring your own GU and energy gels.

A lot of bigger marathons and halfs will provide GU along the way, which is great—except when you’re so engrossed in your race that you run right past the GU table without noticing. When this happened to me, I was very grateful to have my own GUs, as it probably would’ve been a struggle to finish strong without the added sugar and caffeine kick that GU provides. — Dobbs

Is it cold? Well, your gels are going to freeze.

If you're a lady, stick them down your bra, or just get in the habit of pulling them out five minutes early and holding them inside your glove so they're consumable when you need them. — Dobbs

I drank sports drinks and always got sick to my stomach before I switched to S-Caps. — Michael Wardian, ultrarunner

About 10 minutes before the start of the race, rev up your energy with a couple sips of Red Bull or a 100-calorie gel.

This will help spike the mind, adrenaline, and overall body aura to focus in with stamina on the race at hand. — Meredith Kessler, Red Bull triathlete, marathoner, Ironman champion 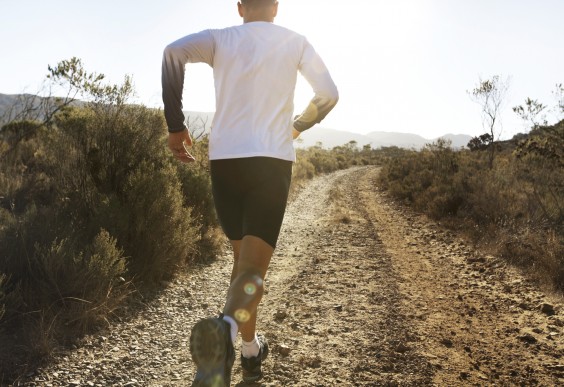 Avoid any 'riff-raff' going into your stomach a couple days leading up to race day.

In the one or two days leading up to the race, less is more in terms of vegetables. This will limit any potential GI distress during the run race. — Kessler

Ladies. Peeing. You're doing it wrong.

Why pull your shorts down around your ankles when you can just as easily scooch them over to the side? A) It's quicker, and B) not being able to find a tree or bushes for cover is no longer a problem.— Katie DeSplinter, ultrarunner

It's worth the wait for the bathroom

Even if the gun has already gone off, stay the in line, so your bladder is at ease while you’re running. Your race chip will determine your real time even if you don’t cross the start line with everyone else. — Erin Kelly, seven-time marathon finisher and Greatist writer

The toilet paper in the Porta John's is horrible… and runs out. I always bring my own now. — Beck

GI distress is a real thing, and it will probably happen during long races and even some shorter ones. Test out your diet and hydration before race day so there are no surprises. I’ll always remember having to sprint to the bathroom at mile 7 of a marathon, which is hard to do after running several miles already. — Danielle Wolfe, running enthusiast 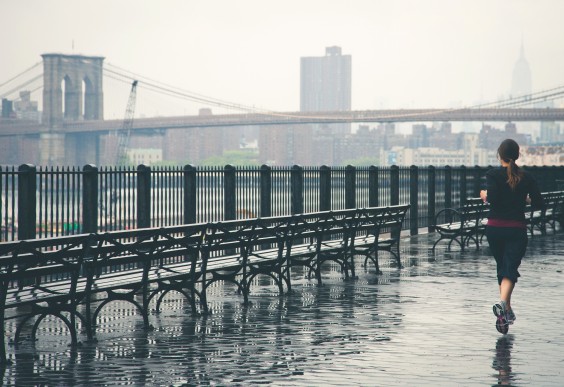 Make sure your toenails are clipped before race day.

Bloody toes can be painful, and they ruin your socks. — Fortune

Do a trial run with the clothes and gear you are going to wear.

I wore a shirt I had never run in before for the first race I ran. That was a mistake. It had no breathability, and I was very uncomfortable. — Tom Harley, three-time marathon finisher

Bring clothes you can ditch at the starting line.

I wish I knew that you have to stand around in the cold for a long time before you actually start. Everyone else had their throwaway clothes, and I was freezing my butt off. (Ditched clothes at the starting line are typically donated by race volunteers post race, so don’t feel too bad about shedding your layers!). — Beck

My first half marathon was in January with 20-degree weather, and while I had three layers of jackets, I had one pair of gloves. Your hands get cold fast when you’re running for 13.1 miles while encountering obstacles like water stations and potential spills. — Erin Nemeth, two-time marathon finisher

Those compression sleeves people wear on their arms are actually arm warmers.

They’re perfect for chilly days, as they’re basically sleeves that can be removed quickly and easily. Brilliant! There are many races I wish I had known that tip for. — Jamie Crisafulli, three-time marathon finisher and Ragnar Relay enthusiast

Gentlemen: Wear bandaids on your nipples.

Crotch chafing is real. If you love it, lube it! — Molly Anne Kreter, three-time marathon finisher

Bring your own Band-Aids.

I got some pretty gnarly blisters during and after my first half marathon, and I was happy to have brought a Band-Aid or two to help cushion them as I limped to my car after the race. The medical tents can get crowded, so avoid the lines by carrying a few Band-Aids on you. — Dobbs

Get a Mental Edge 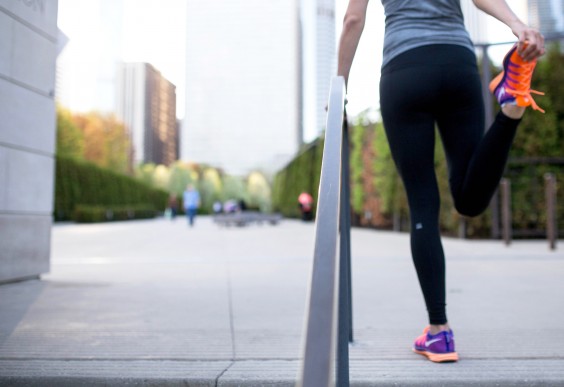 Even if you are up tossing and turning the night before (who's not excited for a first race?!), as long as you get enough sleep two nights before, studies show you'll be fine on race day. — Marnie Kunz, RRCA-certified running coach

Be nice to people at the starting line.

Mile markers can sabotage your mentality.

When I’m just out for a run, I can sometimes go for a while without knowing how far or how long I’ve been out there. In races, those mile markers are just psychological torture. I don’t want to know I’m only 8 miles into a marathon! — Darren King, 60K and 5K finisher

Unplug (...from your headphones).

If you run with headphones, take them out before the finish line so that you can hear the crowd cheer you on! — Erica Tillinghast, trainer, global education manager at Precor, and marathoner

Save your favorite workout songs for the tail end of your playlist.

You won't hear them with your nerves and the roar of the crowd for the first few miles. — Tillinghast

Smile when you see photographers!

Even wave, throw up a deuce, or leap for joy. Ham it up, and your race pics will stand out from the characteristic painful looks of runners, closed eyes, and even death glares. Your Instagram account will be happy with a kick-ass race shot. — Kunz

Persistence hunting is the basis of running. Sometimes when a runner takes off early in the race, they may seem impossible to catch—but they end up crashing, and you can catch them toward the end if you don’t give up. — Grossman

While races are exciting, they're really just runs.

You need to approach it with the same calm and collected attitude as any other run. It's easy to become a victim of paralysis by analysis. Don't overthink it! — Desiree Linden, professional distance runner for Brooks and second-place finisher at the 2011 Boston Marathon 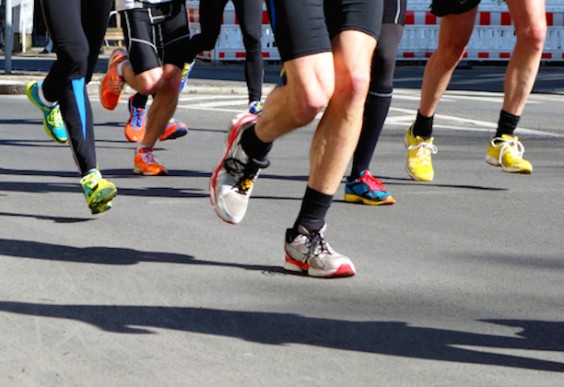 It might make you start out faster than you can manage—which will hurt you later on. — Joseph Mullins, half-marathon finisher and 5K enthusiast

It can get crowded and frantic. I once lost my balance right as the gun was going off. I spent most of my energy trying to catch up. The first 100 meters won’t win you the race but could take you out of it if you’re not careful. — Katie Mackey, professional mid-distance runner for Brooks

Throw it in your compression sleeves, sports bra, or pocket. I got injured during a race and without money for a cab, I had to limp home! — Jennifer Hughes, marathon finisher

Your GPS watch might not give an accurate pace.

Race fields are typically crowded, and the signal might cross wires with the hundreds of other GPS watches in the vicinity. Use a lap or stopwatch for a more accurate pace reading. — Kelly

It’s important to know the route you’re running for a variety of reasons. You’ll want to know where the water and bathroom stops are, and you can also let people know where you are should something go wrong on your run. — Wolfe 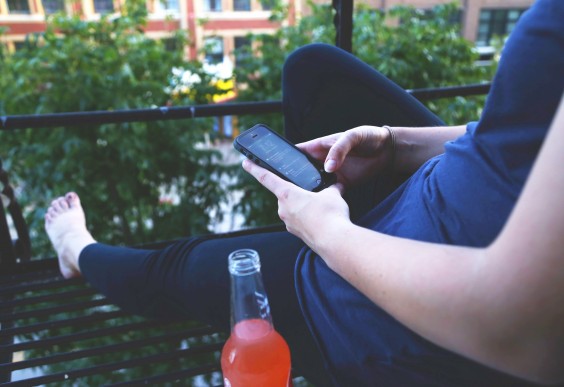 If you're running a marathon, take the following day off of work.

Limping to and from your office will be no fun. — Molly Socha, marathon finisher

You probably expect that 26.2 miles will leave you with dead legs. But nobody tells you how much your arms (plus shoulders and upper back) are going to hurt after swinging them in time with your legs for hours. Be prepared to have trouble lifting them in the two-to-six hour window after you finish. — Nemeth

Don't eat all of the snacks they provide immediately after finishing the race.

It would have been good to give my body some time to cool down after my half-marathon, before I stuffed a bagel, banana, hummus, and chips down my throat. I felt sick immediately. — Lauren Pallister, two-time half-marathon finisher

The finishing chute can be really long.

[When you finish big races, there's typically a long chute you'll walk with other finishers before you can reunite with friends or family.] I was fighting back tears of frustration because they wouldn't let me sit down! — Crisafulli

You'll probably do it again.

After finishing my first marathon, I grabbed my medal, sat down, and vowed never to do another marathon EVER, EVER again. A year later, I did my second marathon and have done a few halves, 5 and 10Ks here and there. The bottom line is that once you do a race of any distance, at any speed, you’re bound to fall in love with the race atmosphere. — Wolfe