Going Outside This Spring? Know the New Tornado Alley

On Monday, a massive twister responsible for at least 24 deaths tore through Moore, Oklahoma, in the region known as Tornado Alley.

That's the nickname for an area within the south-central United States, including parts of Texas, Nebraska, Kansas, Oklahoma and South Dakota, where local residents and outdoorspeople have long known to be vigilant about storms during tornado season.  In this region, Arctic air funnels down along the Rocky Mountains into the plains, where it meets warm air from the Gulf of Mexico.  The combination creates large supercell thunderstorms, which often birth tornadoes, according to the National Climatic Data Center.

In recent years, however, climate researchers have noted extreme weather events extending beyond this region.  In fact, some of the deadliest tornadoes have occurred farther east and south of the Tornado Alley boundary (perhaps due to higher population density in these areas). In 2011, after a series of twisters killed more than 300 people in the Southern and Eastern U.S., scientists began to question Tornado Alley’s actual borders.

CoreLogic, a private research and consulting company in Santa Ana, California, released a report in 2012 that said Tornado Alley should be expanded to include much of the Midwest and Deep South due to the frequency and severity of tornadoes there. The new area include such non-prairie areas as the entire Ozark mountains region.

According to the report, only one state in traditional Tornado Alley (Kansas) ranked in the top five states for most tornadoes between 1980 and 2009. The others were Florida, Mississippi, Louisiana and Iowa. In fact, most of the Eastern half of the country is at risk for tornado damage with significant portions of 15 states having extreme risk.

The infographic below shows an updated map of Tornado alley based on the latest research. 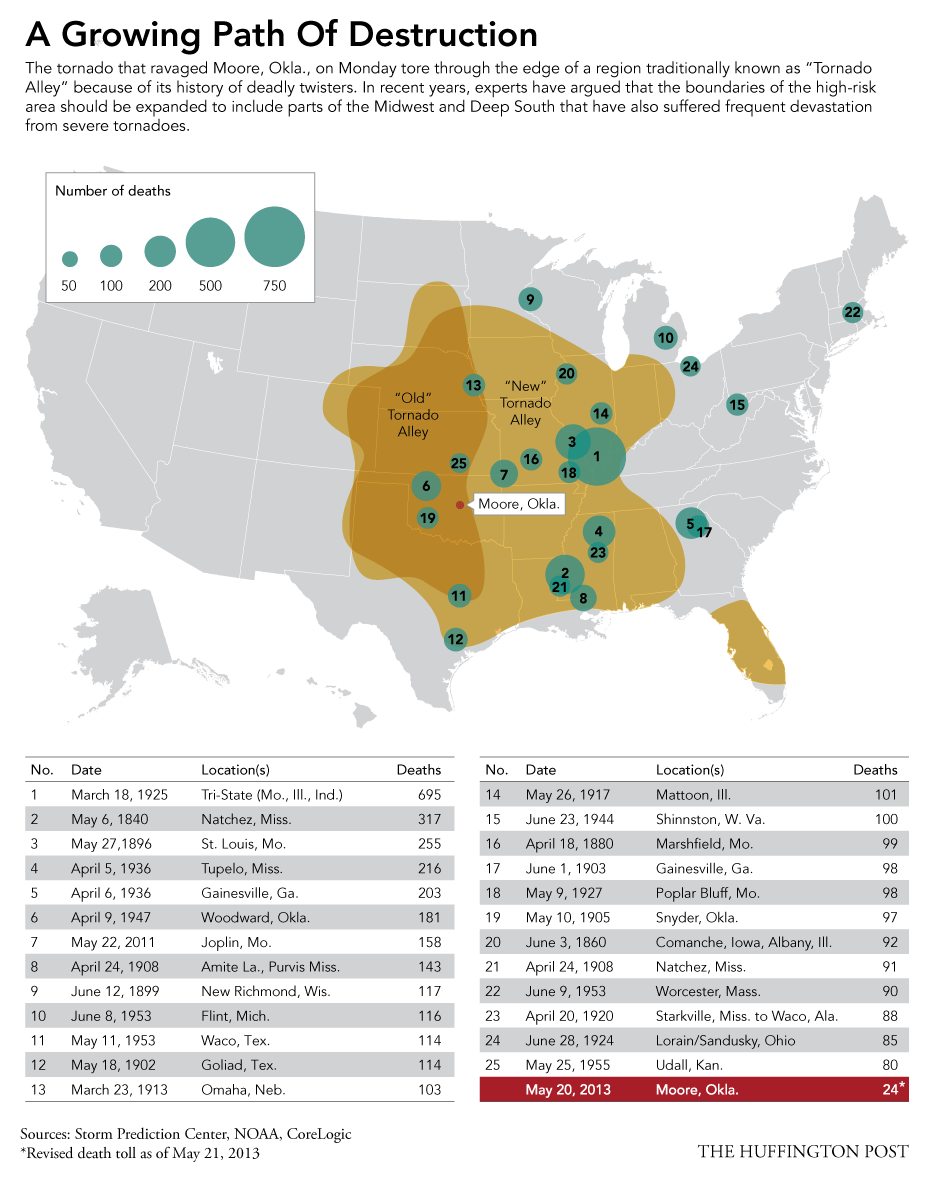