The voice on the other end of the phone sounded beaten, frustrated, and hopeless.

"If you knew. If you knew how hard I've been working. You'd understand. You'd know I wasn't making excuses."

My heart went out to Sarah, a mother of a 3-year-old girl and a successful real estate agent. She had come to me after another friend of hers, Tracy, had lost weight working with me through my online training program just six months after giving birth.

A deep breath followed, and Sarah asked why she should believe her body wasn't programmed to look a certain way. I asked her to keep an open mind, stay patient, and to walk me through everything she had done. As she told me her tale of diet and exercise, I nodded and immediately knew what was wrong.

Sarah was putting time into her weight loss, but the type of effort she was giving—specifically her over-reliance on running—was a problem I had seen many times before, especially among women. I explained to Sarah why her type of running plan isn't always the best way to lose fat.

Notice the wording there; I did not say running is bad or will make you fat. That's just not true. It's a great form of exercise and one with a lot of value. Rather, I was talking about efficiency and why a certain approach to cardio could be why her jeans weren't fitting better—despite spending plenty of time in the gym.

Sarah decided to give it a try and push ahead. One month later and seven pounds lost, she's back on track believing her body can change.

If you're like Sarah and think your body is stuck or are frustrated by your lack of progress, here are some simple adjustments you can make to make sure your running approach is not one giant weight loss mistake. 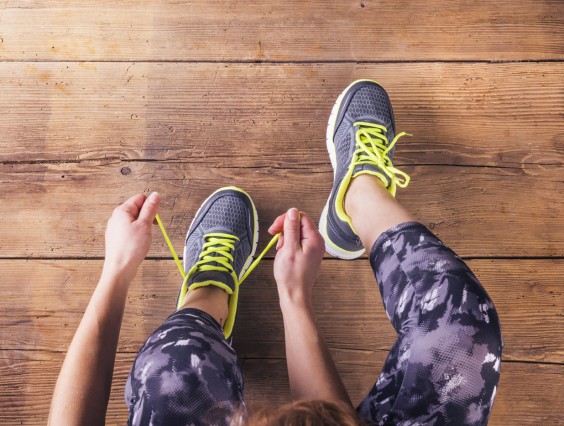 1. Your workout is always the same.
Your body is an amazing machine. It's so incredible—and designed for efficiency—that if you do the same thing over and over again, the process becomes easier.

In the case of running, not only will running feel more effortless when done repeatedly, workout after workout (even if you're still sweating and pumping your legs), but your metabolism will also learn and react so that fewer calories are burned with the same exercise output.

This is where traditional "steady state" running falls short on a long-term weight-loss plan. Research conducted at the University of Tampa found that doing steady state cardio—such as running on the treadmill for 45 minutes at a consistent pace that's not near maximal effort (think sprinting)—helps out with weight loss… but only initially.

The subjects lost a few pounds in the first week and then kaput! Nothing more. The reason? Within a week, their metabolism had adjusted and now didn't need to work as hard to burn off the fat. One of the biggest "problems" with just running at a steady, moderate-intensity pace is that the calories you burn are limited to the time you spend sweating. Once your body adapts, the benefit is limited.

That's why weight training is oftentimes viewed as better than "just" running. Lifting weights impacts your metabolism by causing mini-micro tears that need to be repaired. That healing process requires energy, which means you're burning more calories—a process that can sometimes last for nearly two days.

To put it more simply: With cardio, you can slog away for 30 minutes at a lower intensity and burn 200 calories—or you can just eat 200 calories fewer per day. It's the same thing.

With weight training (or as you'll soon find out—sprints), that's not the case. The calories you burn are not limited to what you do in the gym. Meaning a little variety might not seem like a big change to your routine, but it will have a dramatic impact on transforming your body.

2. You go longer, but not faster.
One of the most important variables with any type of exercise—cardio or other—is intensity. If you look at the average person who runs, they pick a pace that they can maintain for a long duration.

Think about it: When you jump on a treadmill, elliptical, bike, or trail, you're starting with the intent to be there for a while. Maybe it's 30 minutes or an hour, but your goal is to push at a pace you can sustain, work hard, feel tired, and then go home.

While this is great for endurance, it's not so great for fat loss. A study in the Journal of the American Medical Association followed the exercise habits of more than 34,000 women and concluded that it took about an hour a day of moderate (3 mph walking) exercising to maintain weight. Notice, that's not weight loss. And 3 miles per hour is not very fast.

Now imagine if instead of just arbitrarily picking an amount of time to exercise, instead you focused on pushing yourself to a certain level of difficulty. If that "3.0" on a treadmill would be a four on a scale of one to 10 of difficulty, what would happen if you pushed yourself at an eight or nine for a shorter period of time?

Research at the University of Western Ontario compared short but intense exercise, to longer, less-intense cardio. One group performed four to six 30-second "sprints," while the other group did cardio for 30 to 60 minutes. The results were nothing short of amazing. Despite exercising for a fraction of the time, those in the sprint category burned more than twice as much body fat.

That's because the process of sprinting causes similar internal changes to your body, such as those that occur during weight training. Your body needs to replenish its ATP (energy), convert lactic acid that's produced during exercise into glucose, and restore your blood hormone levels after such a hard workout.

All of those processes mean your body works harder and burns more fat—both of which don't happen during aerobic running sessions. 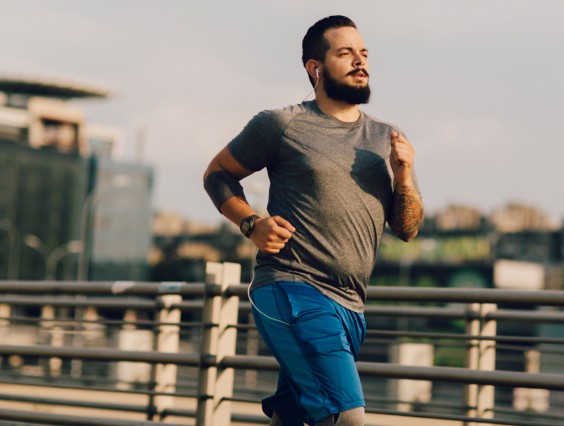 3. You focus too much on calories burned.
You know what I hate? The calorie trackers built into cardio machines that inform you how many calories you burn.

They are misleading and oftentimes do more harm than good. You see, a common weight-loss mistake has nothing to do with what you're doing in the gym, but instead how much you think your workouts influence the amount of calories you burn.

Believing that the majority of the calories you burn results from exercise is a dangerous misunderstanding. Nothing could be farther from the truth. Just being alive—sleeping, standing, eating, thinking—requires a tremendous amount of energy. Remember the machine analogy used earlier? This is why it applies. You burn calories just being alive.

The number of calories you burn at the gym actually pales in comparison to normal functioning and your daily activities that are not exercise based.

Does that mean there's no need to hit the gym? Of course not. Exercise has many health benefits, but the type of exercise you perform in the gym will influence how many calories you burn outside of it.

Running will burn calories, but sprinting or lifting weights will result in more muscle. And the more muscle you have on your body (no—not the "bulky" muscle of bodybuilders), the more calories your body burns just functioning.

Your muscles are like a 3-year-old child: They are active and needy. So it only suits you tohave more muscle so that you can burn calories without having to work or think about it.

4. You don't try other forms of cardio.
Now that you know muscle is important to your overall weight-loss goals, it only makes sense that you would want to do the type of exercises that help this happen the fastest and most efficient ways.

If you're a lover of the slower, longer-duration cardio, I have some bad news. "Endurance" running and walking (longer duration, lower intensity) impairs strength and muscle growth, according to research in the Journal of Strength and Conditioning Research.

What's more, even if you increase the intensity and run on an incline, cycling is still better for gaining muscle and burning fat, researchers from Stephen F. Austin State University say.

Again, the point here is not that running doesn't work or that there aren't any benefits to doing it. This is about losing weight the most efficient way possible. And if you're limited on time, you might be better served by cycling (preferably at a high intensity) as opposed to going for a longer walk or jog.

This might sound crazy, so just hang with me: The number on the scale might not be changing because you're doing too much running.

Now, I'll be the first to admit that this isn't a problem for the majority of people struggling to drop a few pounds, but I've worked with many clients—and seen hundreds of other case studies—where fat loss has been stunted by doing too much. Exercise is an indisputable component of a healthy life. However, exercise is still stress on your body, the demands of which impact your hormones, which also control your ability to lose fat.

Specifically, the hormone cortisol is released when you exercise. All cortisol is not bad (despite what late-night TV and supplement ads might have you believe), but chronic stress and chronic cortisol can lead to insulin resistance and force you to store belly fat against your best laid plans.

After all, research published in the journal Hormone Research found that long-distance running—like that done by endurance runners—causes a sustained increase in cortisol. This increase in cortisol for long periods of time can lead to more inflammation and slower recovery, breaking down your muscle tissue, building up fat, and even harming your immune functioning.

Just as bad, if you're suffering from too much stress—whether it's the result of exercising for too many hours or not recovering with the right nutrition—you can harm your thyroid and lower your metabolic rate, making weight loss more difficult.

If you're doing an hour of cardio per day, that's more than enough for fat loss. (Remember, this isn't for endurance training.) If you start running two to four hours per day and aren't losing weight (or maybe even gaining), you might be best suited to reduce your running frequency, add some resistance training, and see what happens.

Odds are, you'll be pleasantly surprised.

This post originally appeared on Born Fitness. Adam Bornstein is the author of Man 2.0: Engineering the Alpha. To work with him on online fitness and diet programs, you can apply for his coaching program. The views expressed herein are his and his alone.