How to Breathe for Every Type of Exercise

Jordan Shakeshaft—Breathe in, breathe out—simple right? Not so fast. When it comes to exercise, the art of inhaling and exhaling may be a little more complicated than we think. Should we breathe in through the nose and out through the mouth? And wait—what’s a diaphragm exactly? Whether the goal is running, lifting, or warrior posing with ease, read on to discover the best breathing techniques to put optimal performance well within reach.

Whether it’s time to hit the turf, track, or squat rack, breathing isn’t exactly the first thing that comes to mind (not falling on your face tends to take priority). But smooth and efficient breathing is crucial for delivering the oxygen our bodies need to perform functions properly. Proper breathing can also help athletes exercise longer with less effort, nix side stitches, and even calm the mind. With a little extra awareness—and some practice—that A game could be just a few breaths away. Here’s what you need to keep in mind: 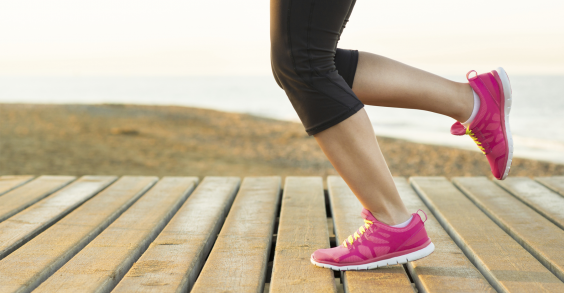 Nailing the right running form, tempo, and strategy can be challenging enough, but a runner’s work doesn’t end there. Huffing and puffing your way around the track won’t get you to the finish line. In fact, studies show that improper breathing technique can impair speed and performance.

How to do it right: While there’s no golden rule, many runners find it most comfortable to take one breath for every two foot strikes, says Alison McConnell, a breathing expert and author of Breathe Strong Perform Better. This means taking two steps (one left, one right) while breathing in and two steps while breathing out—also known as the 2:2 rhythm   . Because the diaphragm and surrounding organs are all subject to the forces of gravity, McConnell says, synchronizing the breath to running cadence will keep the organs from putting unnecessary pressure on the diaphragm, which can impede breathing (and make running more uncomfortable than it needs to be).

The nose vs. mouth debate: While there have been some studies comparing nasal and oral breathing during exercise, most have used small sample sizes with somewhat inconclusive results. “My advice is to breathe via the mouth during exercise, as this is the route of least resistance,” McConnell says. “Breathing through the nose during exercise just makes it needlessly hard.”

On the flip side, some experts say that nose breathing has its own benefits, including increased CO2 saturation in the blood, which creates a more calming effect, says Roy Sugarman, Ph.D., director of applied neuroscience for Athletes’ Performance and the U.S. Men’s National Soccer Team. Breathing in through the nose can also help warm the air entering the lungs (cold weather workouts, we’re looking at you!) and might minimize allergen intake, says professional triathlete and Ironwoman Terra Castro. Bottom line: Test the airways, and see what feels right for you and your lungs. 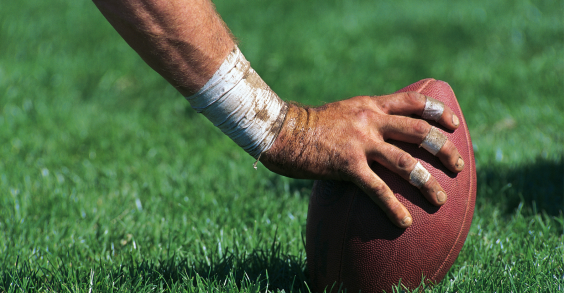 Prefer taking one for the team? When a 250-pound linebacker is headed your way (and running for the locker room is not an option), breathing easy isn’t exactly a piece of cake. High-intensity sports can literally take our breath away thanks to the demanding cardio component and the barrage of tackles, kicks, and hits.

How to do it right: “Breathing muscles are an integral part of the core stabilizing and postural control systems,” McConnell says. Intuitively, this means when anticipating a load or an impact, it’s best to take a deep breath and then brace the core. Not only will this make us more difficult to knock over (take that, LT), it will also help protect the spine, McConnell adds.

Go big or go home: While there isn’t one correct way to breathe on the playing field or while running, the breath should come from the diaphragm (the most efficient breathing muscle)—not the chest. “In general, the rib cage should expand in a 3D pattern, top to bottom, back to front, and to the sides,” says Anna Hartman, director of Performance Physical Therapy at Athletes’ Performance.

Why panting won’t pay off: Take a cue from Kobe, if you will. Breathing deeper, calmer, and more efficiently can also give athletes a psychological edge against their opponents, McConnell says. Showing no signs of fatigue will only help psyche out the other team. 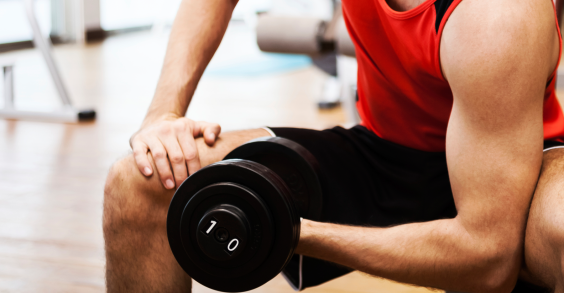 Aerobic activity isn’t the only exercise that can benefit from good breathing form. Anyone who hits the weights regularly has probably heard exhaling on the exertion (or effort phase) of an exercise is the way to go. It’s sound logic: Contracting the respiratory muscles will help brace the load during heavier lifts while maintaining lumbar stability .

How to do it right: Using the bench press as an example, exhale slowly and continuously while pressing the bar, then inhale at the top of the lift or on the return. Just remember that once that barbell is pressed, the weight doesn’t vanish, McConnell explains, so be sure to keep the core engaged to protect the spine, similar to preparing for impact during contact sports.

When in doubt: Don’t forget to breathe out! Holding the breath increases pressure inside the chest (which is good for stability), but holding it too long can impede the return of blood to the heart and raise blood pressure (definitely not the goal here). 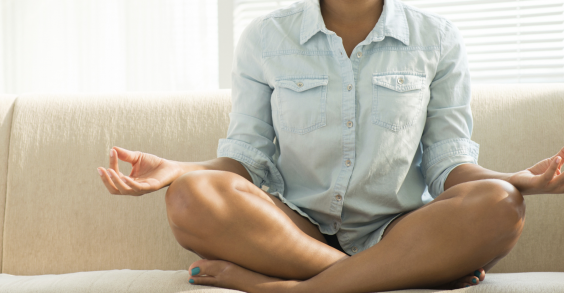 Time to finally unwind? Reaching savasana might be tough without using the breath as fuel. Luckily, there are two popular breathing methods (or pranayama) to help you chill out or power through.

How to do it right: For sama vritti, or “equal breathing,” match an equal-length inhale to an equal-length exhale. This fundamental style of breath is said to calm the nervous system, lower blood pressure, and reduce stress, says yoga instructor and Greatist Expert Rebecca Pacheco. To power through more rigorous types of yoga, such as ashtanga, vinyasa, and power yoga, many yogis rely on ujjayi breath, (a.k.a. “victorious breath”). Simply breathe in and out through the nose, maintaining a slight contraction in the back of the throat. If you sound a bit like Darth Vader, you’re doing it right, Pacheco insists.

What not to do: When it’s time for warrior IIIs, wheelbarrows, and other holy-crap-this-is-hard poses, it’s common to hold your breath. Take that as a sign of overexertion, Pacheco says. Instead, take a break to refocus, breathe, and then hop back into the pose whenever you’re ready.

Still short of breath? There is such a thing as strength training for the respiratory muscles, which has been shown to improve performance in endurance and high-intensity sports. There’s even an app for that (Breathe Strong), developed by McConnell to help athletes breathe stronger and more efficiently. Ditching the cigarettes, correcting bad posture, and keeping allergies and asthma in check are also key to better breathing. So whether it’s the first lap or the fourth quarter, go ahead and let the breath maximize your potential for success.

This article has been read and approved by Greatist Experts Dr. John Mandrola and Dan Trink. It was originally published on May 17, 2012 and was last updated on October 29, 2014.

More Reading:
What Are Fast- and Slow-Twitch Muscles?
The Best Workouts for Losing the Last 10 Pounds
Upper-Body and Core Workout: Arms and Abs in Less than 20 Minutes