What Are Fast- and Slow-Twitch Muscles?

Justin White—Know any HIIT aces who struggle to run a mile? How about a marathoner who can't nail a box jump? The difference might lie in the makeup of their skeletal muscles.

What You Need to Know 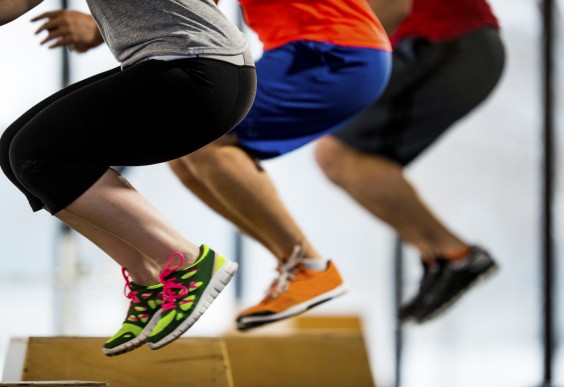 There are significant benefits to working to the point of temporary fatigue—and therefore making sure fast-twitch fibers have been recruited. For instance, if you're looking to increase muscle mass, and improve strength, using fast-twitch fibers is the only way to do it. On the other hand, aerobic exercises, those that mainly use slow-twitch fibers, can increase stamina and the oxygen capacity of your muscles, allowing the body to burn energy for longer periods of time. A high proportion of slow-twitch fibers has also been associated with low blood pressure. Previous research has also shown that women may have a greater distribution of type I muscle fibers and lower distribution of type II muscle fibers than men.

Your Action Plan
There's no conclusive evidence that muscle fibers can transform from slow- to fast-twitch or vice versa. In other words, while you can improve at sprinting or other explosive movements, it may not be because you're converting muscle fiber types. Still, fast-twitch (type IIb) fibers can be converted into moderate fast-twitch (type IIa), or vice versa, through increases in endurance or resistance training. And keep in mind that fast-twitch muscle depletes with age considerably more than slow-twitch, so increasing muscle power is less feasible later in life.

Still, generally speaking, when muscles are forced to work differently and you get out of your comfort zone, you get a better workout. Keep mixing your workouts up to recruit all types of muscles fibers—and to fight dreaded gym boredom.

More Reading:
How Long Does It Take to Build Muscle?
Isometrics: The Secret to Gaining Strength—Without Moving a Muscle
How One Simple Exercise Can Build Total-Body Strength