How to Keep Burning Calories When Your Workout Is Over

While virtually all activity, from yoga to sleeping, requires energy, studies suggest vigorous exercise is especially effective at burning calories. Seems obvious, right? The harder you work, the more you burn. But it's not just during exercise, it's for hours after it's concluded. And that's where things get interesting. 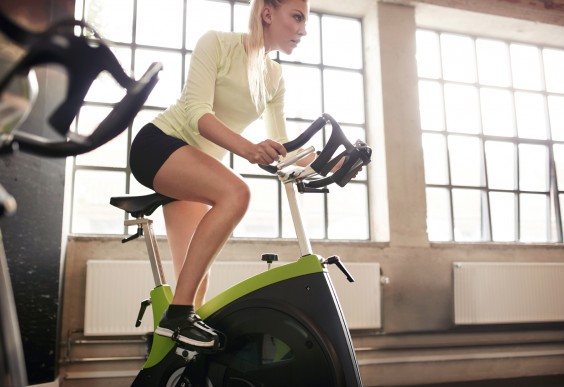 The so-called “afterburn effect” is more officially known as excess post-exercise oxygen consumption or simply, EPOC. And it isn't new in the world of fitness.Several studies suggest there's a strong correlation between the number of calories burned post exercise and the activity’s intensity. Simply put: The more intense the exercise, the more oxygen your body consumes afterward.

In one study, participants who cycled vigorously for 45 minutes burned roughly 190 calories more in the 14 hours after exercise than on days when they didn't work out at all. In another study conducted with those who had metabolic syndrome, EPOC also had significant positive effects—meaning this type of training could be especially useful in combating certain health issues, like obesity and diabetes.

And while one study showed that your afterburn will increase significantly with duration (i.e. the longer and more intense your workout, the more you'll burn), you don't necessarily have to work out for a long time to stimulate the effect.

That's where short, high-intensity workouts come in to play. Training protocols like Tabata, where 20 seconds of all-out effort is followed by 10 seconds of rest, are one way to trigger the afterburn; other high-intensity interval workouts (or HIIT routines), such as density set training, the Little Method, or 10-20-30 training, can also get you there. The key with any of these programs is that you need to be working hard. We're talking exercise performed at 70 to 85 percent of an individual's max heart rate.

And you don't need to stick to traditional cardio in order to achieve an EPOC effect. Several studies have shown that weight training with various types of equipment can also elicit elevated EPOC—and may even be more effective than cardio training in certain scenarios.

If you're new to this type of intense training, try a work-to-rest ratio of 1:2, says Matt Miller, trainer and Greatist expert. For instance: 60 seconds of work, followed by two minutes of rest. Miller suggested a workout structured like this: a five-minute warm-up, 60 seconds of fast running, and two-minute recovery walk; repeated six to eight times; followed by a five-minute cool-down. That adds up to about 30 minutes in total.

Bonus: If you have a 'cheat meal,' post-tough workout would be the time to have it. "After intense exercise—like sprinting—skeletal muscle is low on glycogen," says Jason Edmonds, a biologist and Greatist expert. "Glycogen is what muscles use as fuel during exertion. Consequently, a sugary or starchy treat is more likely to be used to restore that glycogen deposit, instead of being stored as fat."

But there is one catch: The more fit you are, the more efficient your body becomes at getting you back to a resting metabolism, and the less of an EPOC influence you may feel, according to one study. In other words, highly trained athletes might not reap the same afterburn that overweight individuals do.

Vigorous exercise keeps the body burning calories for hours after the workout is through. And there are other benefits of HIIT training: You may find you lose weight faster, build muscle quicker, and increase aerobic capacity. Give HIIT a try in order to stimulate EPOC. But keep in mind: You shouldn't engage in this style of training more than about two to three times per week on non-consecutive days.