How to Deal With Depression in Your 20s

Face it: Being a 20-something isn't easy. On the one hand, the period between ages 18 and 29 is the best ever. It's that time when you get to develop a sense of independence incollege, start a new job, scout out the dating scene, or head off to new cities. On the other hand, it's a time often characterized by financial debt, romantic misadventures, loneliness, and a sense of uncertainty about who we are and why we’re here. So it’s not surprising that people in their late teens and 20s are especially vulnerable to feelings of depression.

The positive news is that these emotions are pretty common and typically pass by the time people hit 30. But depression can still be a serious issue that often requires some kind of treatment. Here's how to address those feelings when they pop up.

What You Need to Know 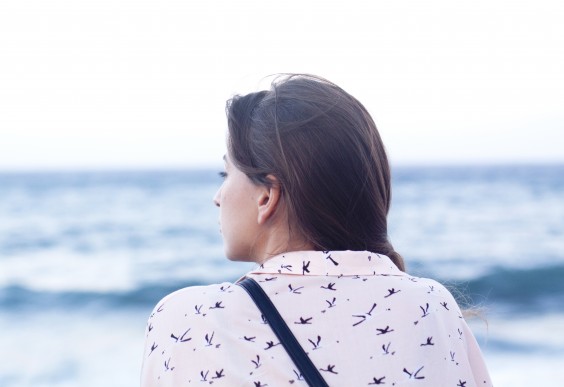 At one time, most people didn’t experience their first depressive episode until their late 40s or 50s; today, depression typically first appears around age 25. And while about nine percent of the American adult population suffers from some type of depression, that number is closer to 11 percent among people ages 18 to 24.

Today’s 20-somethings are going through a number of psychosocial and biological experiences that make them especially vulnerable to depression. For one thing, says Meg Jay, Ph.D., a psychologist who’s written on the importance of the 20s, depression is often triggered by loss. And the period between 18 and 29 is filled with potential losses: breaking up with a significant other, losing friends, losing a job, failing school or not getting into an academic program, and realizing our dream career plans just might not work out. The 20s, Jay says, are a time of uncertainty, which can leave people feeling powerless to change their lives.

Biological factors also come into play. In the last few years, scientists have noted that the frontal lobe (the part of the brain responsible for planning and reasoning) doesn’t completely develop until the mid-20s. This means 20-somethings are faced with making some huge decisions (where to live, what career to pursue, whether to propose) when they aren’t yet at their full cognitive capacity, which can cause feelings of angst and anxiety.

In some cases, 20-somethings might not realize certain lifestyle factors may contribute to depressive symptoms. Binge drinking tends to be most common and intense in people ages 18 to 24, and alcohol use disorders are closely linked to depression. According to Cameron Johnson, M.D., a psychiatrist at Loma Linda University, the transition from high school to college (and from college to post-grad life) is often marked by changes in sleep schedules, which can also cause some mental health issues.

Whatever the reason for depression during this time period, there are a number of ways to cope. Many involve reaching out to people we trust and making small but meaningful lifestyle changes. 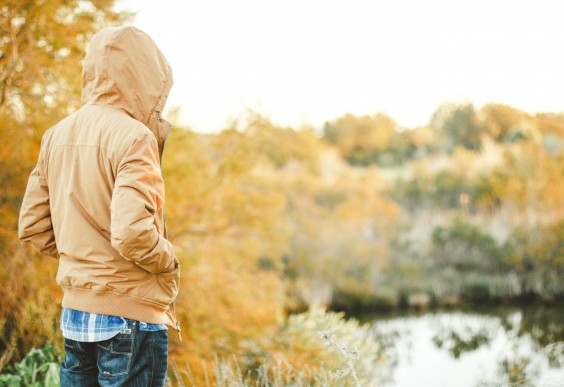 According to Jay, there’s little evidence those who get depressed in their 20s will struggle with recurring depression, especially if they address it properly when it first appears.

There’s a range of practical ways to alleviate feelings of depression. This list certainly doesn’t include every way to treat depression, but it does highlight some of the most effective strategies for people of any age.

Phone a friend or family member.

When it comes to dealing with depression at any time of life, mental health experts tend to agree social support is crucial. But reaching out to friends and family is harder than it might seem, since people tend to withdraw into themselves when they’re feeling depressed. That’s why parents can play a special role in our early 20s, says psychologist and Greatist expertMark Banschick, M.D. Many of us start to see our parents as more loving and supportive than we did in our adolescence. So don’t feel like it’s baby-ish to pick up the phone and call Mom when you’re feeling blue.

Get a move on.

Studies have found that exercise can be highly protective against depression and anxiety. Johnson says he recommends his patients do 20 minutes of high-intensity cardio every morning for a positive energy boost.

In Johnson’s words, sleep is the "bedrock of good mental health." An erratic sleep schedule can cause our frontal lobe functioning to go haywire, which can contribute to feelings of depression and anxiety. Need help? Try one of these tips for sleeping better tonight.

While more research is necessary in this area, studies have found that any kind of meditative movement, including yoga, Tai Chi, and Qigong, can reduce symptoms of anxiety and depression. In fact, some psychologists suggest getting our Om on could be as effective as taking antidepressant medication.Mindfulness meditation (a technique focused on learning to be present and sit with uncomfortable thoughts and feelings) can be especially helpful for decreasing depression and anxiety.

Get the urge for herbal.

Certain nutrients and food groups may protect against depression and anxiety. For example, scientists havefound a link between vitamin D (found in foods such as milk and salmon) and depression (though it’s unclear whether vitamin D supplementation can actually reduce depressive symptoms). Other researchers are studying whether probiotics (the bacteria found in yogurt) can alleviate symptoms of depression. And it’s possible that omega-3s (fatty acids found in salmon, walnuts, and olive oil) can fight symptoms of depression by reducing inflammation. In general, opt for complex carbohydrates (such as whole-grain rice and pasta), which increase levels of serotonin, a neurotransmitter related to mood.

Psychotherapy can be helpful for figuring out and taking steps to cope with what triggered the depressive symptoms in the first place.

Seek help from a pro.

While antidepressants aren’t appropriate in every situation, they can be helpful in cases where there’s a family history of depression. A doctor or mental health practitioner can help figure out the best treatment plan for an individual.

In spite of the pain it causes, depression can actually be a useful signal that something in our lives needs to change, whether that means ending a relationship or quitting a job. That said, it’s extremely important to address depression in some way, instead of just putting up with it. Though it might be difficult to admit we’re depressed, there are people, resources, and action steps we can take that will help us live healthy, happy lives long after our 20s are over.