The Crazy Unhealthy Things Fitness Models Do Before a Photo Shoot

By
The Active Times Staff
They may look great in photos, but they definitely don’t feel great

Nick English—Only when you’re exhausted, dehydrated, and on the verge of fainting are you ready to exemplify health. Only when you feel your worst are you able to look your best.

That these sentences don’t make any sense doesn’t make them untrue. They represent the crazy unhealthy reality behind the photo shoots and stage competitions of the world’s elite fitness models—the folks whose glistening, vascular, all-but-fat-free bodies adorn billboards, bikini commercials, and magazine ads for the latest Nitro-Jacked Xtreme Shr3dd3d supplements. (You know, the ones that the model usually doesn’t use.)

In their day-to-day lives, these individuals are fit, sure. But the process that takes them from fit to “photo-ready” is dangerous, and perhaps worst of all, deceptive. This just isn’t how these people look.

“Most fitness models are at least five to ten pounds heavier than they are in the photos,” says Jill Coleman, a former fitness and figure model who now runs the body-positive blog Jillfit.com. “It’s definitely important to mention there’s a lot of smoke and mirrors.”

“It makes a mockery of [the health and fitness industry] that to get into that condition you have to be incredibly unhealthy,” adds Seb Gale, a personal trainer and writer who recently ”dried out” (i.e. lost as much "water weight" as possible so that he could look more muscular) for a shoot at his gym. “You’re just really overloading your body. People have ended up in the hospital preparing for shoots.” 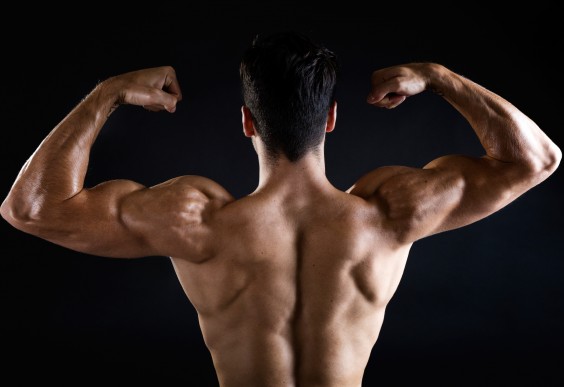 Keep in mind that most fitness models are already in fantastic shape. (Gale, for example, had just finished a 12-week fat loss program, which “in itself is incredibly draining.”) But when specifically preparing to ”dry out," the process to attain that “perfect” body begins about a week out.

One Week to Shoot 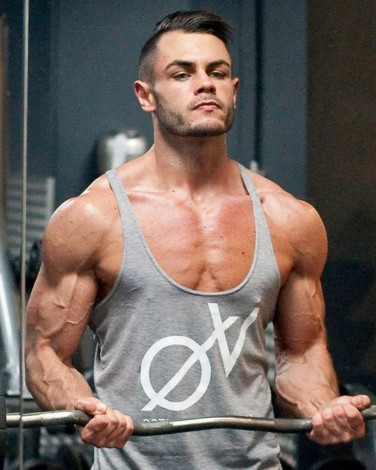 Gale on the day of his shoot

Buh-bye, carbs. Until the day before the shoot, all of Gale’s carbohydrates came from green vegetables, served with meat or eggs for protein, of course. According to Gale, this was to increase his body’s sensitivity to the hormone insulin, which may promote leanness. He also began taking 20 fish oil capsules per day for the same reason—but a week of fish breath was the least of his concerns.

After so long with so little carbs, the body typically starts burning fat for fuel in their absence. This state is known as ketosis, and although it was first prescribed to (effectively!) control the symptoms of epilepsy, a lot of bodybuilders use it to speed up their fat-loss efforts. The downside?

“For the first few days of so little carbs, you feel like you have the flu,” Gale says. “My mental clarity came back once ketosis kicked in, but everything felt really heavy. I was lifting 30 or 40 percent less weight during my workouts.” That’s right: He was still performing high-intensity workouts throughout this Week of Carblessness.

We should note that while plenty of folks successfully maintain a “ketogenic” diet without losing strength or mental clarity, Gale was also manipulating a lot of other variables.

For one, he cut down his normal food intake for the week by about 5,000 calories and began taking magnesium pills and drinking dandelion tea four times per day in order to lose water weight and speed the dehydration process. In his own words: “You basically need to be within 10 minutes of a toilet at all times.”

The Day Before the Shoot

Coleman is quick to note that not everybody follows the same preparation process, but the primary goal is to pull the subcutaneous water—better known as “water weight”—from underneath the skin and into the muscle cells. Fuller muscles and less water under the skin give that lean, “shrink-wrapped” appearance that’s coveted by health marketing teams.

To achieve that, fitness models have to manipulate their carb and water intake. Gale drank four gallons per day until the day before his shoot, when he cut out water completely. Coleman preferred slowly tapering her water intake over four days: half a gallon, then a quarter gallon, a liter of water the day before the shoot, and very little water on the big day. (Remember, most folks are still exercising regularly throughout their prep!)

“Some people go to dry saunas as well,” Coleman says. “Or they’ll do a full-body caffeine wrap, which can dehydrate locally. A lot of women drink wine the night before.” Wine? Well, if you’ve ever had a hangover, you’re familiar with alcohol’s ability to dehydrate the human body. Bodybuilders also like to sip on vino because it can boost vascularity (or “veiny-ness”).

At this point, carbs are back on the table. Models devour potatoes, wine, candy bars, cheesecake, or, if they really want to stay as dry as possible, oatmeal, rice cakes, or toast with peanut butter. This swells the muscles with glycogen, the stored sugar that you use for energy. 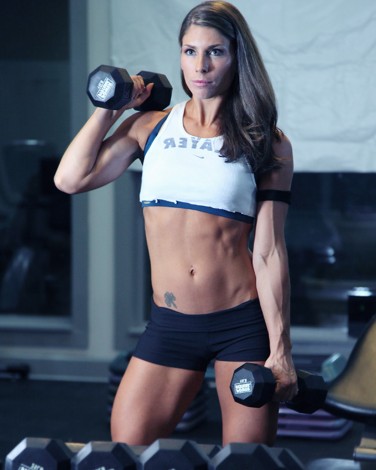 It seems that everyone has their own ritual in the final hours. The usual goal for men is to walk the fine line between looking “pumped” and bloated: Ingest enough carbs, protein, salt, and water to swell the muscles while keeping the skin lean and dry. (Gale settled on one meal of salty meat and greasy eggs, and he lifted light weights throughout the shoot.)

But as a female figure model, Coleman wasn’t necessarily chasing big, pumped-up muscles, and exercise usually decreased in the days before a competition. “A lot of women won’t train legs at all,” she says. “They’ll do light cardio, upper-body exercises, but nothing that gets a ton of blood flowing.”

When they finally stepped onstage, their bodies ticked every box for “physical perfection,” but they probably couldn’t have felt further from healthy.

“I had no energy, I was really dehydrated, I felt very close to cramping, and it was basically very uncomfortable,” Gale says. “It wasn’t tiredness exactly. I just really wanted to sit down and eat food. I came home afterwards and ate whatever I could find: nachos, cheesecake, chocolate bars, everything we had.”

PSA time: Dehydration is a serious health risk that can lead to fainting, exhaustion, swelling of the brain, and even kidney damage. Doing it on purpose is something doctors don’t usually have to advise against, but for fitness models, it can be complicated.

Although they are quick to emphasize the maddening thirst, the complete lack of energy, and the unrelenting crankiness, both Gale and Coleman have to admit: Being at that level of fitness feels good. Not literally—literally they felt like crap—but they like the way they look in those photos, even though they know it’s a dangerous illusion, a trap.

As Gale puts it, “It destroys your social life, you start to have an incredibly bad relationship with food, but it’s a satisfying achievement once the photos turn out and you see all your hard work captured in that moment in time.”

Yes, these are the bodies used to persuade us to try the newest gym on the block or the latest iteration of weight-loss supplements. And every time these human statues are thrust at us in the media, there’s an implicit message: You should look like this too. No doubt, images like these can cause a lot of body image issues for both men and women, but Coleman sees a silver lining.

“The ‘1.0’ response is to feel insecure, not fit enough, that sort of stuff,” she says. “But the ‘2.0’ response—the next level up—is to ask, ‘Why is that making me feel that way?’ That initial reaction is a good opportunity for you to ask what you need to do to feel more secure in your own skin and how you’re going to learn to love your body.”

Being strong and healthy is something that should be celebrated, but shrink-wrapped leanness isn’t. It’s a difference we all need to learn, so the next time you happen upon a flawless six-pack in a magazine, don’t wonder why you can’t look like that—be happy that you don’t.

More Reading:
3 Things The Fitness Industry Doesn’t Want You to Know
How a "Plus Size" International Supermodel Learned to Embrace Her Natural Weight
Photoshop, Body Shaming and 6 More Ways the Mainstream Media is Destroying Your Body Image