Tips from medical professionals on the advice you should avoid

Brittany Taylor—It’s time for your annual physical, and after a medical assistant takes your height and weight, you’re whisked off to run a series of tests. You might get enough blood drawn to require a cookie and then have to pee in a cup to make sure you’re just as healthy as you feel. At the end, chances are you get a clean bill of health—and, depending on your insurance, a hefty bill a few weeks later.

You went through all this rigmarole because you thought you should. But you might change your mind if you knew that your GP rarely gets an annual check-up. So we spoke with seven doctors to find out the recommendations they no longer follow to a T now that they don a white coat every day. 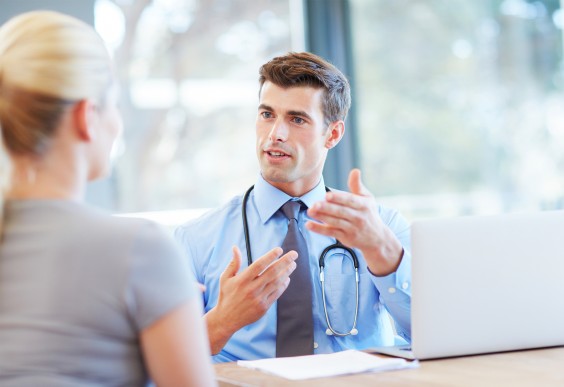 1. Head to the doctor's office at the first sign of illness.
“A lot can be treated at home if you know which medications are best to use,” says Jake Deutsch, M.D., clinical director of CURE Urgent Care in New York. “For instance, aspirin is a terrible pain reliever, but I see patients that use it all the time. And many GI ailments can be reversed with acid blockers, which previously were available by prescription only. Similarly, steroid nasal sprays are very helpful with allergies and upper respiratory infections, and you no longer need to go to your doctor to get a script for them.”

2. Clock 10,000 steps per day.
The best exercise is the kind you actually do, says Renee Dua, M.D., a nephrologist and founder of the on-call doctor service Heal. As long as you’re staying active, there’s no need to meet arbitrary fitness guidelines like walking 10,000 steps a day. If you’re not the type who’s going to make it to the gym daily, try waking up 30 minutes early and hitting the floor for a circuit of push-ups, sit-ups, and squats before you shower, Dua says. And squeeze cardio in wherever you can. “I once was able to fit in a quick 20-minute run up and down some stairs in the hospital,” she says. “And then it was back to patient visits.”

3. Get an annual physical.
“Most of us skip out on our annual physical, which probably isn’t the riskiest thing in the world, especially if we are relatively healthy, and don’t have chronic illnesses,” says David Greuner, M.D., a cardiovascular and thoracic surgeon at NYC Surgical Associates. But make sure you’re up to date on recommended screenings. “There is a lot of questionable data out there in the medical world, but some of the most reliable data available is on cancer screening and its effectiveness,” Greuner says. “Speak to your doctor, find out what is recommended for your age and risk factor profile, and make sure you comply.”

4. Floss daily.
“If you can only do one thing, brush your teeth,” says Gary Silverstrom, D.D.S., a dentist and founder of The Silverstrom Group. “It is most important to clean the bacteria and, of course, freshen your breath.” If time allows, scrape your tongue, floss twice a day, and swig some mouthwash before bed so it has time to be absorbed by your teeth while you sleep, he adds. One thing you shouldn’t overlook: semiannual teeth cleanings. They’re a great way to prevent small problems—like cavities—from turning into anything bigger, Silverstrom says.

5. Hop on the latest diet trends.
“There is so much conflicting information, and what you should eat is affected by so many things,” says Mark Carter, M.D., an internist and founder of Zero to Healthy. Instead of picking a diet plan, Carter follows two simple rules: Eat whole food whenever possible and opt to cook for yourself instead of eating out so you know exactly what you’re putting into your body.

6. Sleep seven to nine hours every night.
“Most people establish their sleep needs in their 20s,” says Stewart Lonky, M.D., an internist certified in critical care. And generally speaking, the younger you are, the more sleep you need. But don’t feel like you have to clock the recommended seven to nine hours a night if it doesn’t make you feel your best, Lonky says. “If I sleep more than five or six hours, I end up being overtired,” he says.

7. Follow recommended screening schedules.
The U.S. Preventative Services Task Force advises women get a Pap smear every three years. But Bola Oyeyipo, M.D., a family medicine doctor and founder of Healthgist, says it’s important to take your personal circumstances into account to determine how often you need a Pap—or any other screening. “We now know that cervical cancer is caused by the human papillomavirus, which is sexually transmitted,” Oyeyipo says. “I am married in a monogamous relationship and I have never tested positive for HPV, so I feel very comfortable extending my Pap screening to every five years instead of every three.”

More Reading:
Healthy Foods that Protect Your Brain
Trainers Share the Worst Fitness Advice They've Ever Heard
A Bikini Competitor’s Secrets for Eating Healthy (Even When Your Schedule is Super-Busy)